A condensed version of the April 26 stream.

Part five of my series of single-frame video installations What remains of cinema | ce qu’il reste du cinéma.
As I am, due to the current lockdown, unable to continue presenting these installations in galleries, cinemas or in the urban space, I made “La prisonnière du port” a live installation that streams from my flat. The final image is composed of the outside of Berlin and the inside of my space. Movement is triggered by the flow of air.
April 2020, Berlin

A condensed version of the April 18 stream.

A condensed version of the April 17 stream.

The set-up for the live installation. 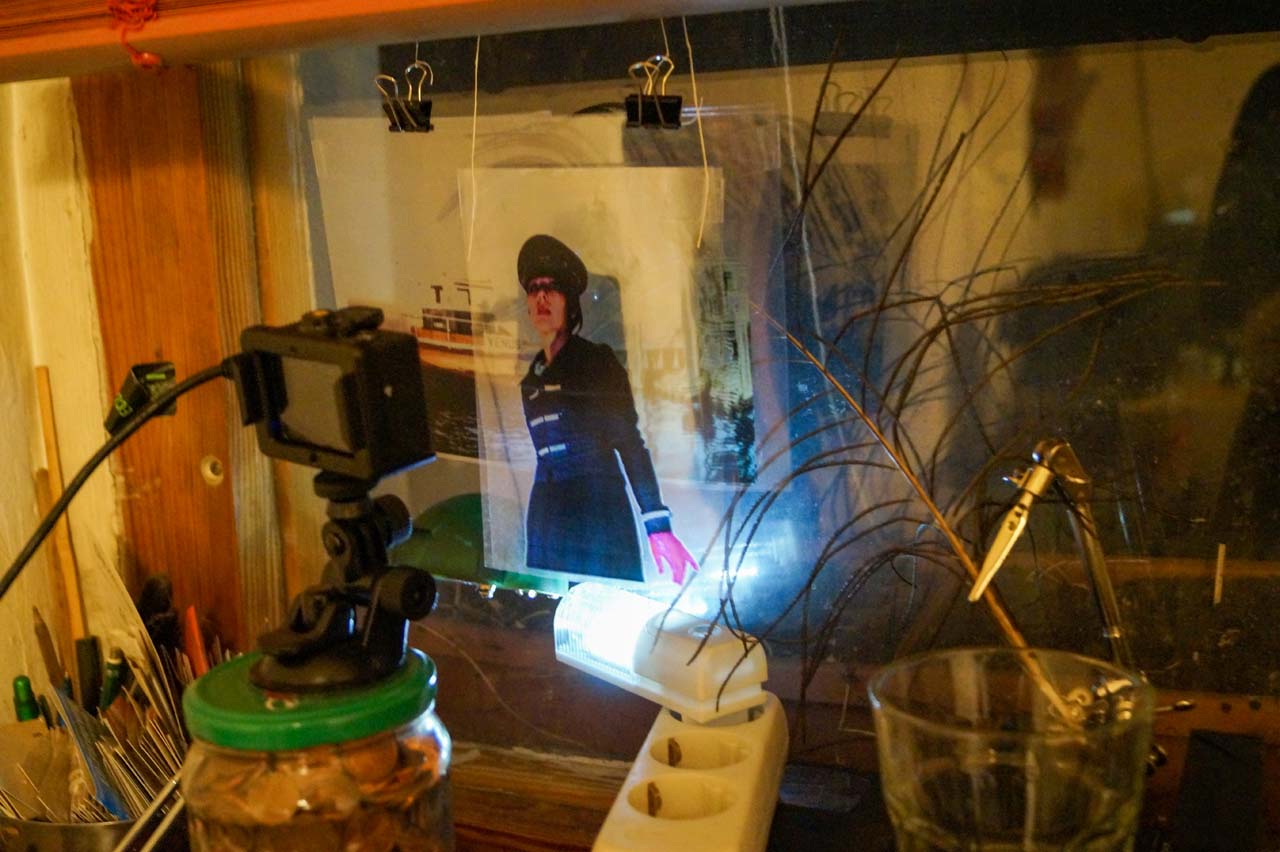 Photographs on overhead transparency sheets hanging in front of the window. The camera films the outdoor through the sheets and the window. The light outside and inside the studio, the reflections and the movement of air trigger the resulting video. 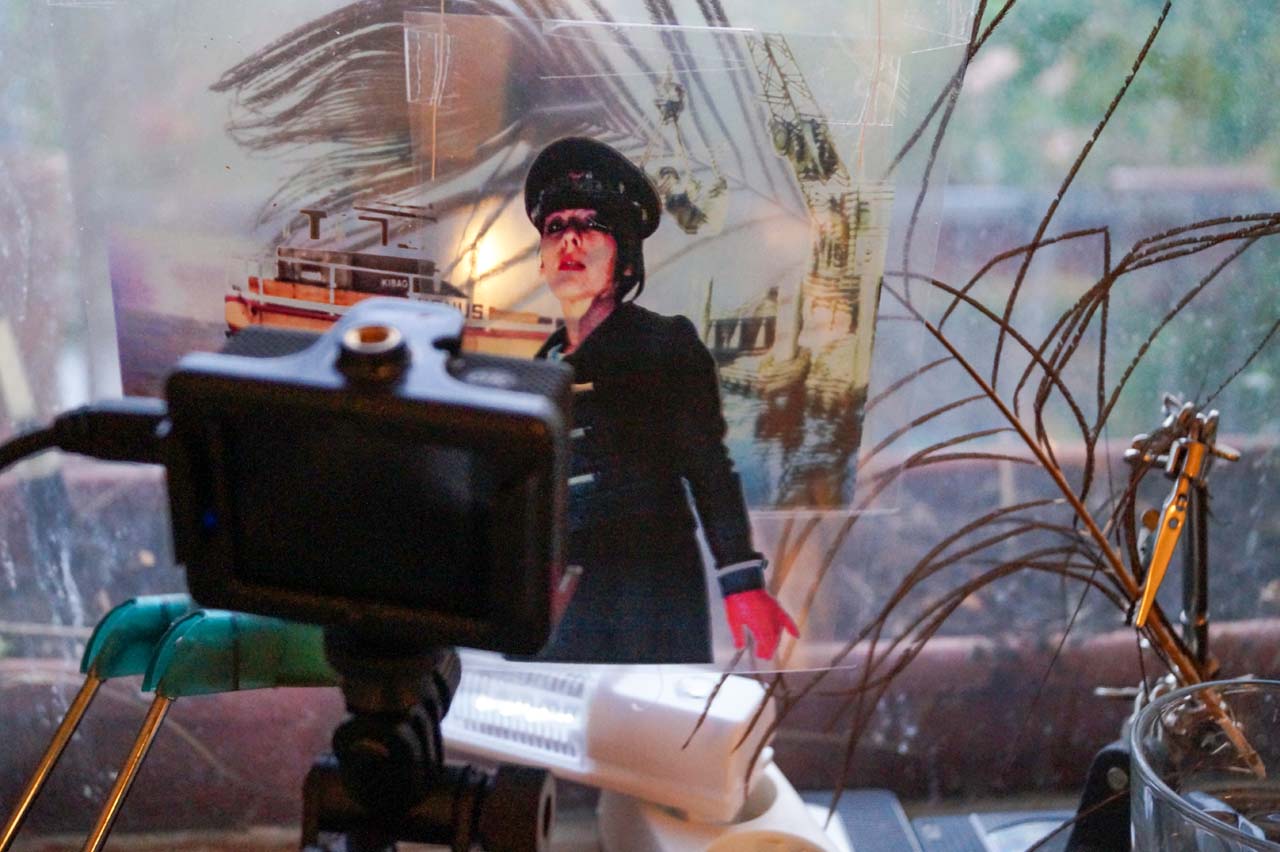 The whole set-up is a very fragile construction and has been subject to fiery attacks by some  critics, as you can see in the outtake below.

We use cookies to ensure that we give you the best experience on our website. If you continue to use this site we will assume that you are happy with it.YesNoRead more